“Rejuvenating the old and diseased brain: the past, the present and the challenges of the future”
Lecture given by: Maria P. Abbracchio, PhD, Professor of pharmacology, President of the Research Observatory and President of the Filarete Foundation of the University of Milan, Italy
Due to the dramatic increase of the aging population, western countries,including Europe, are now facing the burden of new economic, societal and healthy challenges related to the management of neurodegenerative conditions like stroke, Alzheimer’s and Parkinson’s disease and chronic neurological disorders like multiple sclerosis (MS) or amiotrophic lateral sclerosis (ALS). Interestingly, recent data suggest that, irrespectively of their specific aetiopathology and clinical manifestations, all these diseases are invariably accompanied by an early loss of cognitive functions. There is thus an urgent need to identify new therapeutic approaches to both foster brain recovery after damage and, at the same time, prevent or ameliorate the associated cognitive decline. In the lecture, I will revise the seminal studies aimed at repairing and rejuvenating the brain, with special emphasis on the exploitment of stem cells for cell replacement and trophic regenerative therapies. I will highlight what we have learnt from the initial embryonic stem cells transplantation studies in Parkinson’s disease patients, to then revise the role of endogenous stem cells in brain functional recovery and end up with the current approaches aimed at combining biotechnological and pharmacological agents to properly instruct these cells to repair the brain. A special focus will be devoted to therapeutic approaches ameliorating cognitive abilities to contrast pathological aging and brain functional deterioration. 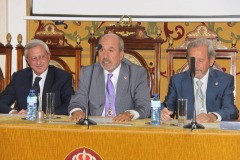 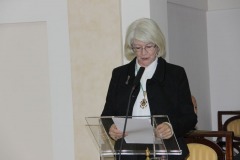 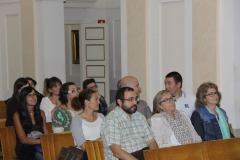 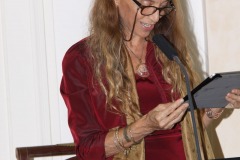